Nishiyama Corporation was founded in 1916 as a trading company specializing in industrial rubber products.

The company has since expanded into a wide range of fields, from energy and utilities to rail freight, construction machines, industrial equipment, telecommunications, semiconductors, e-business and IT solutions.

Today, we offer our clients a variety of specialized technologies in different areas, predicated on the challenges of succession and innovation involving the creation of new and exciting ideas.

We strive to always stay ahead of the times in order to meet the needs of our customers.

Through our expertise in specialized development and problem-solving in a variety of fields,

Nishiyama Corporation continues to grow and evolve by providing customers with the best matched scenarios in terms of technology, services and cost.

Nishiyama Corporation of America was established in 1982 as thesubsidiary company in USA.

In 1974, The representative office of NISHIYAMA CORPORATION, which is a whole seller and distributor based in Tokyo Japan, was established near Times Square in NYC. .

In 1975, Signed to become a sole distributor of Plidco (Pipeline Development Company) in Ohio to export mechanical sealing devices to Japanese customers. Plidco’s Flange Repair Ring was first item ever imported from USA to Japan by NISHIYAMA CORPORATION.

In 1987, NISHIYAMA CORPORATION OF AMERICA’s office location was moved to Great Neck NY.

In 2003, Formed a strategic alliance with Bruckman Rubber Co., in NE to supply U.S made rubber and plastic products.

In 2012, Became a sole distributor of Plidcoin Ohio tocover East Coast of USA.

In 2013, Started supplying bio-fuel hoses to one of the largest U.S construction machine manufacturers.

In 2016, Became a sole distributor of Japanese ink-hose manufacturer. 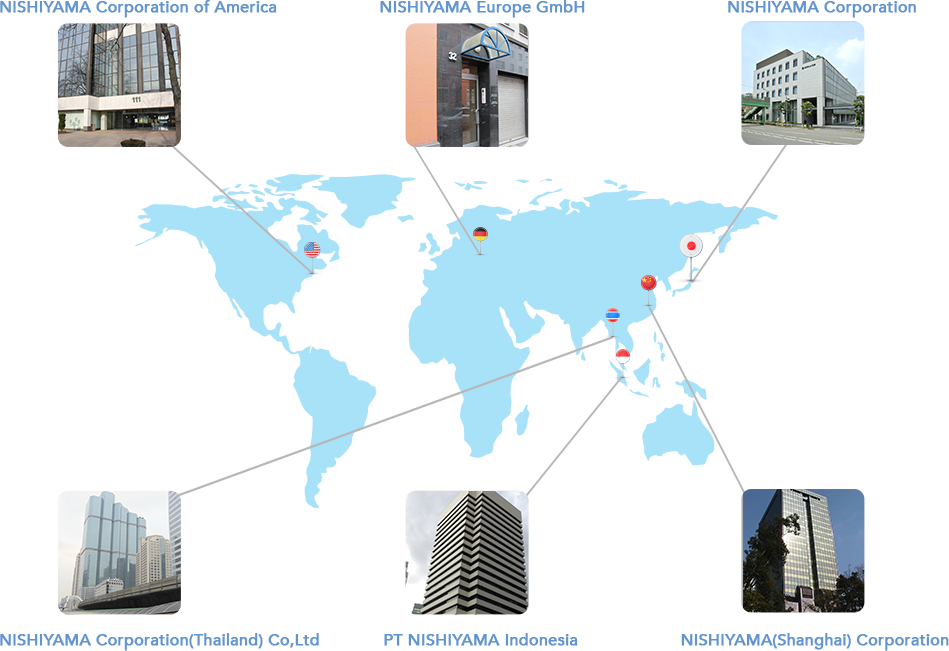